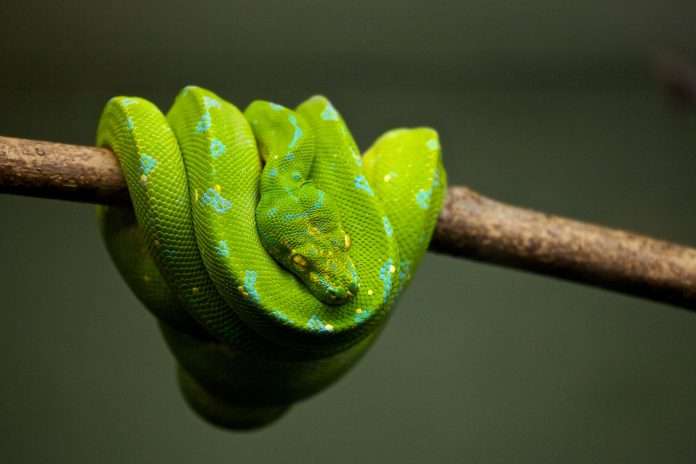 Learn the Python Tools for Raspberry Pi and how to write a simple Python program in this article by Colin Dow, the owner and chief engineer of Sigma Rockets and Aerospace Inc.

The following are preinstalled tools that can be used for Python development on Raspberry Pi using Raspbian. This list is by no means the only tools used for development.

The first thing in the list of Python Tools for Raspberry Pi is the Terminal. As Python comes pre-installed with Raspbian, an easy way to launch it is to use the Terminal. As we can see in the following screenshot, the Python interpreter can be accessed by simply typing python as the command prompt in a Terminal window:

We may test it out by running the simplest of programs:

Notice the Python version in the line after the command, 2.7.13. The python command in Raspbian is tied to Python 2. In order to access Python 3, we must type the python3 command in a Terminal window:

The Integrated Development and Learning Environment (IDLE) has been the default IDE for Python since version 1.5.2. It is written in Python itself using the Tkinter GUI toolkit and is intended to be a simple IDE for beginners:

IDLE features a multi-window text editor with auto-completion, syntax highlighting, and smart indent. IDLE should be familiar to anyone that has used Python. There are two versions of IDLE in Raspbian, one for Python 2 and the other for Python 3. Both programs are accessed from Application Menu | Programming.

Thonny is an IDE that comes packaged with Raspbian. With Thonny, we may evaluate expressions by using the debug function. Thonny is also available for macOS and Windows. 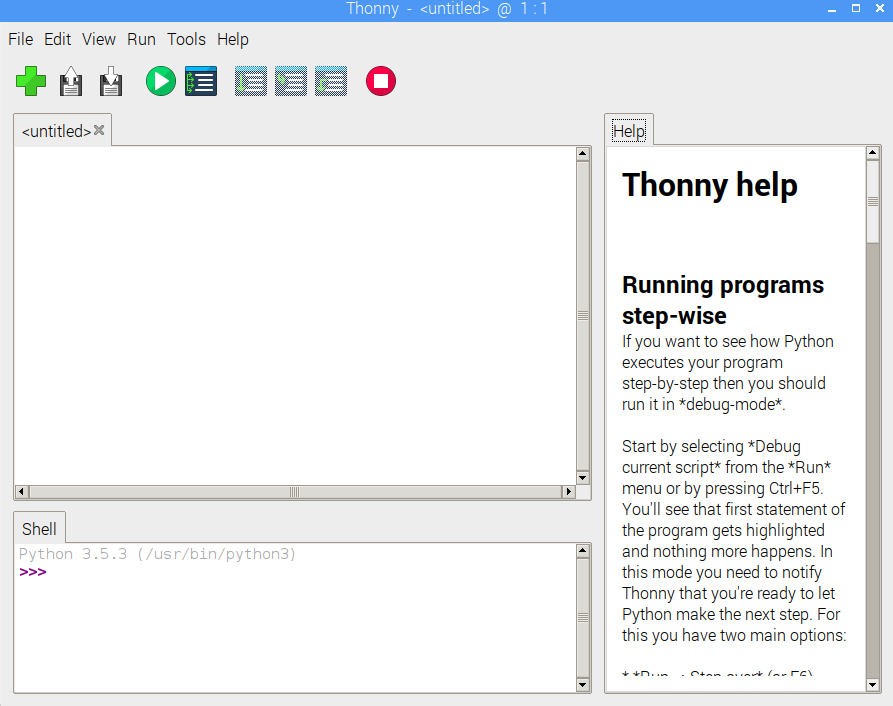 Above is the default screen for Thonny. Panels to view variables in your program, as well as a panel to view the filesystem, are toggled on and off from the View menu. Thonny’s compact structure makes it ideal for our projects.

Let’s start doing some coding using Python Tools for Raspberry Pi described above. Whenever I start using a new operating system for development, I like to go through some basics just to get my mind back into it (I’m speaking particularly to those of us who are all too familiar with coding into the wee hours of the morning).

The simplest way to access Python is from the Terminal. We will run a simple program to get started. Load the Terminal from the main toolbar and type python3 at the prompt. Type the following line and hit Enter:

This line loads the datetime object from the datetime module into our instance of Python. Next, type the following and hit Enter:

You should see the current date and time printed to the screen.

Let’s try another example. Type the following into the shell:

This is a library that’s used to tell programming jokes. To have a joke printed out, type the following and hit Enter:

Check the output so see if it works!

OK, so this may not be your cup of tea (or coffee, for the Java programmers out there). However, this example demonstrates how easy it is to import a Python module and utilize it.

If you receive an ImportError, it is because pyjokes did not come pre-installed with your version of the OS. Similar to the following example, typing sudo pip3 install pyjokes will install pyjokes onto your Raspberry Pi.

What these Python modules have in common is their availability for our use. We simply need to import them directly into the shell in order to use them, as they are pre-installed with our Raspbian operating system. However, what about libraries that are not installed?

Let’s try an example. In the Python shell, type the following and hit Enter:

You should see the following:

Since the weather package is not installed on our Raspberry Pi we get an error when trying to import. In order to install the package, we use the Python command-line utility pip, or in our case, pip3 for Python 3:

Now that we’ve seen that writing Python code on the Raspberry Pi is just as easy as writing it on other operating systems, let’s take it a step further and write a simple program. We will use Thonny for this.

A Python module is a single Python file containing code that may be imported for use. A Python package is a collection of Python modules.

We will write a simple Python program that contains a class. To facilitate this, we will use Thonny, a Python IDE that comes pre-installed with Raspbian and has excellent debug and variable introspection functionalities. You will find that its ease of use makes it ideal for the development of our projects.

We will begin our program by creating a class. A class may be seen as a template for creating objects. A class contains methods and variables. To create a class in Python with Thonny, do the following:

As you can see, we’ve created a class called CurrentWeather that will hold weather conditions for whichever city we instantiated the class for. We are using a class as it will allow us to keep our code clean and prepare us for using outside classes later on.

We will now create an object from our CurrentWeather class. We will use London as our city:

How to Deploy OpenCV on Raspberry Pi enabling machine vision

We have just created an object in our code called londonWeather from our CurrentWeather class. By passing ‘London’ to the constructor (init), we set our new object to only send weather information for the city of London. This is done through the class attribute city (self.city).

Type the following at the shell command line:

You should get the answer ’12’ on the next line.

To view the weather conditions for London, type the following:

You should see ‘mostly cloudy’ on the next line.

To get the wind speed, type the following and hit Enter:

You should get 8 km/h NW on the next line.

Our CurrentWeather class simulates data coming from a web service for weather data. The actual data in our class is stored in the weather_data variable.

In future code, whenever possible, we will wrap calls to web services in classes in order to keep things organized and make the code more readable.

Let’s do a little analysis of our code:

It is very important to test your code as you write it so that you can catch errors early on: