and so on. If you approach for the first time to IoT, it gets difficult to select the right one. We all know two important IoT board families:

Families because there is a different version of Arduino and Raspberry board. Arduino UNO is one of the most famous IoT dev board with Raspberry Pi 2. You can look at the available Arduino board. Raspberry has several dev boards too. While Raspberry has integrated ethernet connection and even WI-FI (in Raspberry Pi 3), Arduino doesn’t have it. In this case, you have to buy an expansion shield like an ethernet shield or wi-fi shield. Recently a new dev board is available called Arduino MKR1000 made for IoT project. I use Arduino Uno and Raspberry Pi 2 model B+and MKR1000 to build IoT project.

The list below shows several IoT boards in random order. 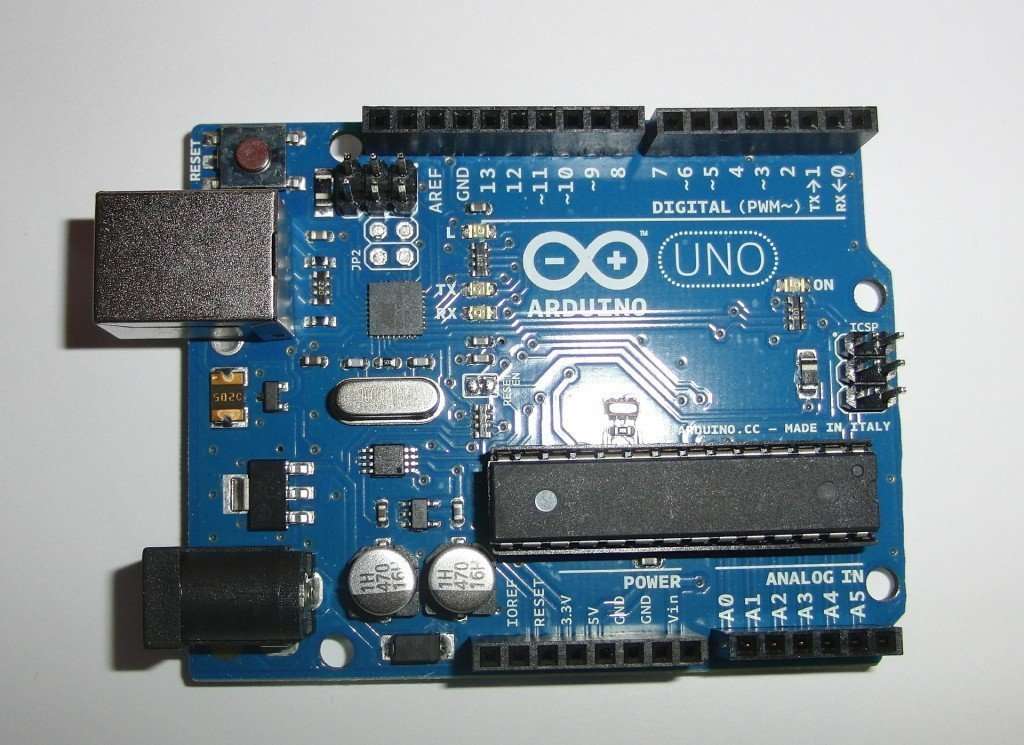 It has, moreover, analog and digital pins. The interesting aspect of this board is it can be expanded using shields. A shield is another board that can be plugged into Arduino Uno that adds new features like GSM, Ethernet connection, WIFI and so on. It is very simple to use and has an official IDE to develop applications (or sketch). There are, also, free and paid IDE that offers more features respect to the official one. Recently, it is possible to add to this board Arduino Yun shield. This shield is made for IoT projects and extends the Arduino Uno board features.

Arduino MKR1000 is one of the IoT board we describe in this article. MKR1000 has been designed for IoT projects. It supports natively WIFI connection and it is very easy to use. It is based on the Atmel ATSAMW25. 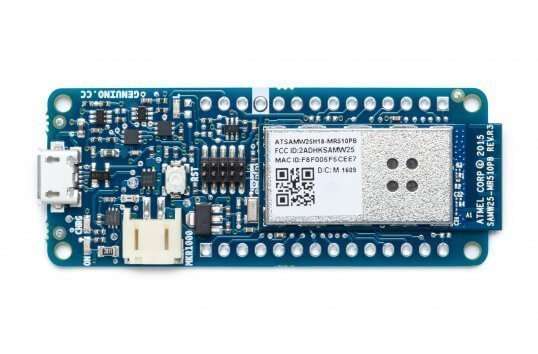 I made an IoT project with MKR1000 and it is really simple to use. As Arduino UNO, this board supports analog and digital pins, moreover, it can be powered using an external Li-Po battery.

This IoT board is a low-cost board supported by the community-made for developers and hobbyists.  It uses Linux as OS. 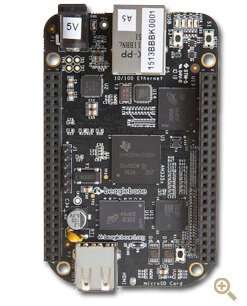 Raspberry, like Arduino, is one of the most used development board. This board has various versions with various power capabilities. Moreover, Raspberry can be considered a small computer because it has all the features we can find in a common PC: keyboard, HDMI and so on. It is very small (more or less it is like a credit card) and is powered by Linux. Raspberry PI 2 model B has been replaced by the latest Raspberry PI 3. 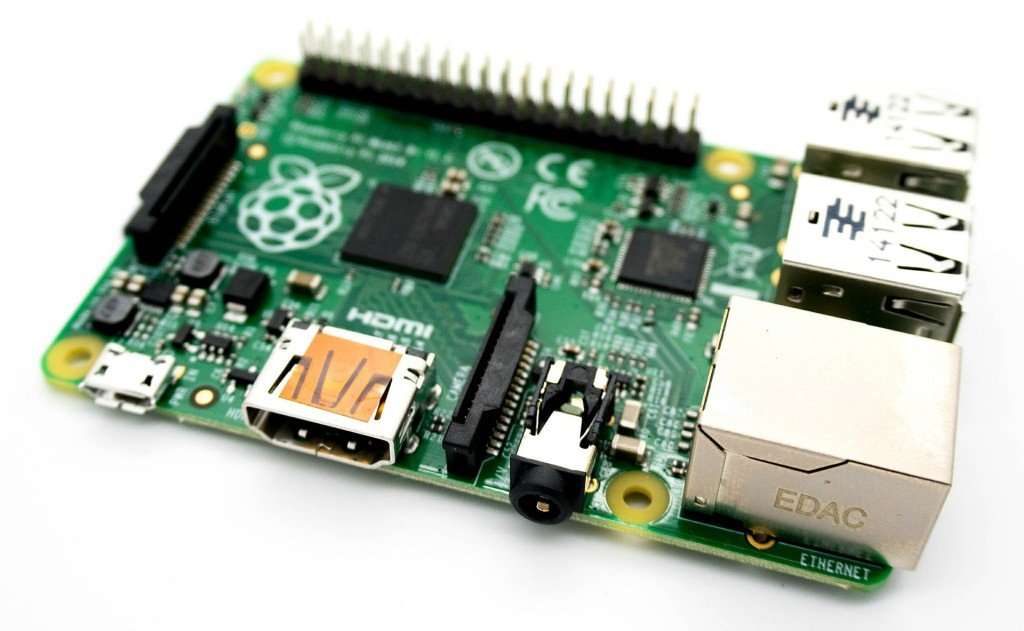 Raspberry PI 2 is a 900MHz quad-core ARM Cortex-A7 CPU with 1Gb RAM. Moreover, it has 40 GPIO pins. It supports a full Linux Version. The Raspberry PI 3 compare to the previous version has:

Do you know you can use Raspberry to develop android app using Android Things?

UDOO Neo is an interesting board that differs from others. It is a Arduino-Android/Linux device. It has a set of built-in features like WIFI, g-axis motion sensor and Bluetooth support. 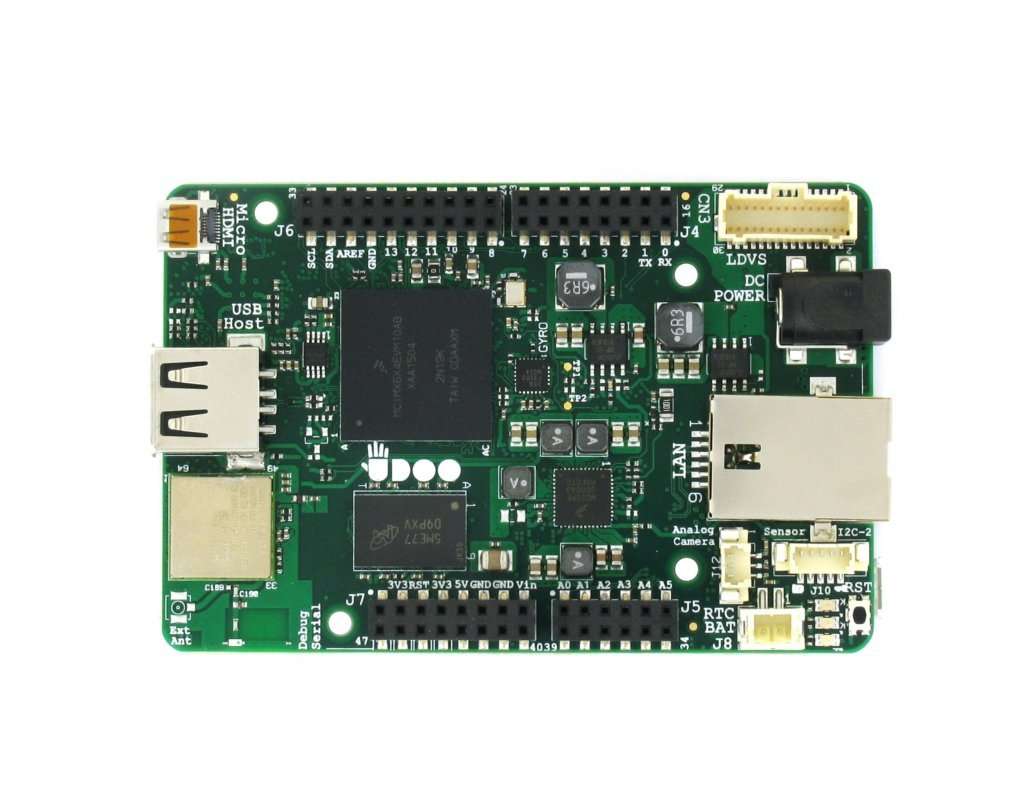 It has three different versions:

They have different features and different specs.

Particle Photon is a very small development board with a built-in WIFI module. This makes it ready for IoT project. It has a set of expansion kits that make the development process faster. 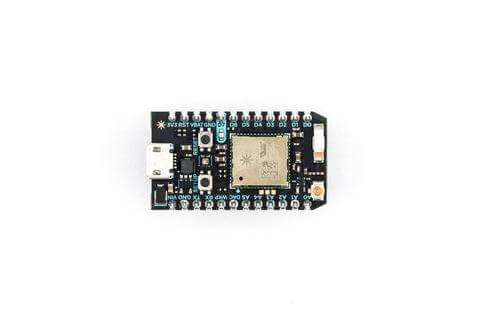 This board uses shields to expand its capabilities.

This board is a low-cost board with a built-in WIFI system that enables rapid IoT project prototyping. It comes with several variants having specific features like memory capacity or pins number. We can use the Arduino IDE to develop IoT application or alternative IoT IDE. You can find more information at the manufacturer site.

Intel Edison is a new IoT development board very powerful. It comes in several variants, the one that I like is Intel Edison with Arduino breakout kit. The main specifications are:

This IoT board is a wearable platform. It is small and light-weight. This board is Arduino-compatible and it has a built-in USB support.  It is very easy to use and it is beginner-friendly so that it is quite difficult to break it if you connect wires in the wrong way.

This a new IoT board very compact and it is based on CX5602 microcontroller. It supports Arduino IDE as the development environment. It has some built-in features:

We can use this IoT board for a wide range of IoT use cases.

Tessel 2 is another IoT board that promises to develop IoT project fast. It has 2 USB ports to connect with other devices. Moreover, it has an ethernet connection. Tessel 2 supports a variety of sensors. The interesting aspect is that it supports Javascript as the programming language with NPM.

Adafruit Feather is a line of IoT development boards that offer different specification making them suitable for several IoT use cases. They can be powered using a Li-po battery or through USB.

This another IoT prototyping board. Using this IoT board, we can build wearable and IoT projects. It has all-in-one connectivity supporting GSM, GPS, GLONASS, GPRS, WIFI, Bluetooth and so on. Pinout is very similar to Arduino Uno so if you are familiar with Arduino you won’t have any problem using this IoT board.

There are other IoT prototyping boards, those mentioned above are, in my opinion, the most used and offer large community support that is useful when you approach IoT projects for the first time.

What IoT prototyping board do you use for your projects? … And what project are you developing?