This tutorial is a guide about CoAP (Constrained Application Protocol) and how to use it in the Internet of things.  In brief, CoAP is an IoT protocol that has interesting features specifically designed for constrained devices:

Nowadays, IoT is a great reality, and one of the most interesting and promising technology trend. In short, IoT is an ecosystem where objects, people, devices are interconnected and exchange data.

What is CoAP protocol?

CoAP is a protocol used in IoT:

The main features of this protocol are:

As you may notice, some features are very similar to HTTP. Although these similarities,  CoAP must not be considered a compressed HTTP protocol because it is specifically designed for IoT. Therefore, it optimizes the M2M data exchange.

From the abstraction protocol layer, it is possible to represent this protocol as: 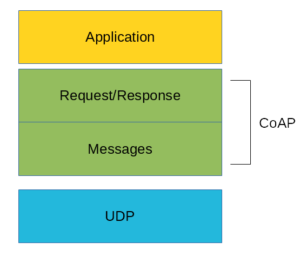 As you can see there are two different layers that make CoAp protocol:

Before going deeper into the CoAp protocol structure is useful to define some terms that we will use later:

Endpoint: An entity that participates in the protocol. Usually, an Endpoint is identified with a host

Sender: The entity that sends a message

Recipient: The destination of a message

Client: The entity that sends a request and the destination of the response

Server: The entity that receives a request from a client and sends back a response to the client

This is the lowest layer of CoAP. Therefore, this layer deals with UDP exchanging messages between endpoints. Moreover, each CoAP message has a unique id. This is useful to detect message duplicates.  A CoAP message has these parts:

Later, we will describe the message format in more detail.

As said before, the CoAP protocol uses two kinds of messages:

The picture below shows the CoAP message exchange process: 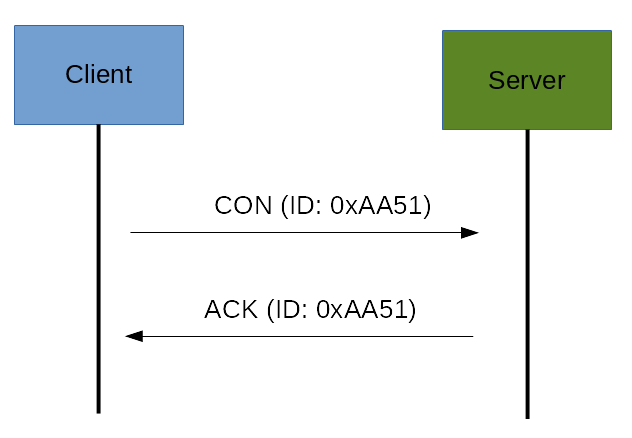 If the server has troubles managing the incoming request it can send back a Rest message (RST) instead of the Acknowledge message (ACK): 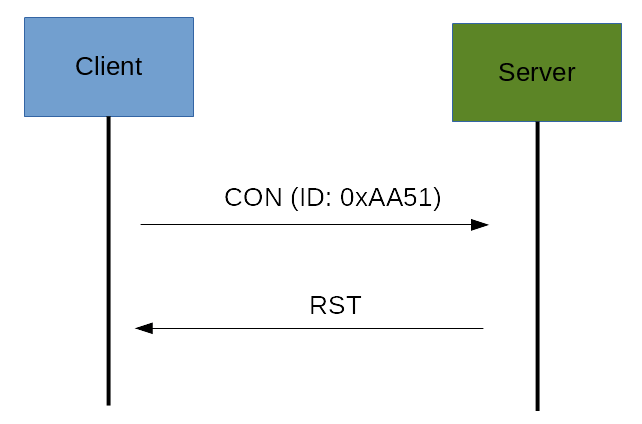 Even if these messages are unreliable, they have a unique ID. 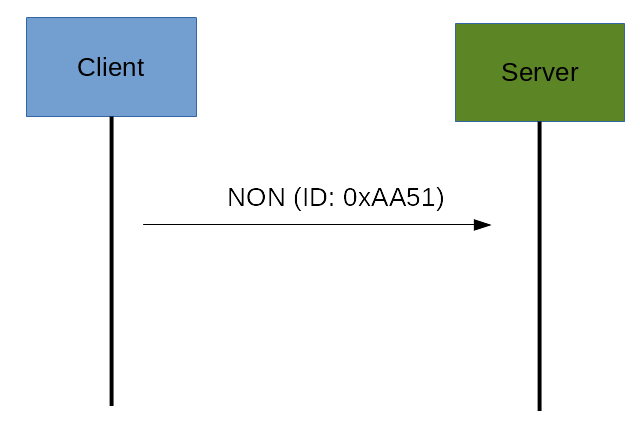 The CoAP Request/Response is the second layer in the abstraction layer. The CoAP protocol sends the request using a Confirmable (CON) or Non-Confirmable (NON) message. There are several scenarios depending on if the server can answer immediately to the client request or the answer if not available: 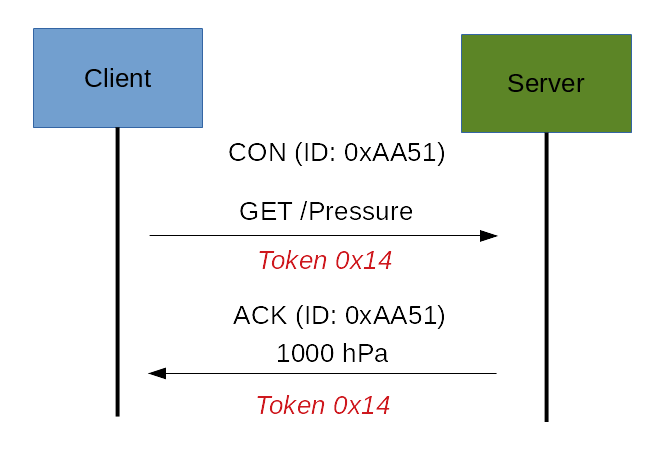 As you can notice in the CoAP message there is a Token. The Token is different from the Message ID and it is used to match the request and the response. 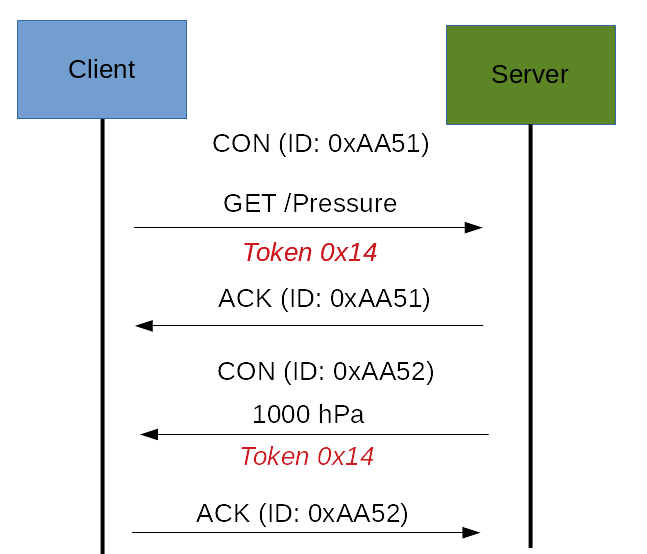 This paragraph covers the CoAP Message format. Until now, we have discussed different kinds of messages exchanged between the client and the server. Now it is time to analyze the CoAP message format. The CoAP protocol is meat for constrained environments and for this reason, it uses compact messages. Therefore, to avoid fragmentation, a CoAP message occupies the data section of a UDP datagram. A message has these parts:

Ver: It is a 2 bit unsigned integer indicating the version

T: it is a 2 bit unsigned integer indicating the message type: 0 confirmable, 1 non-confirmable

Code: It is the code response (8 bit length)

Message ID: It is the message ID expressed with 16 bit

One important aspect when dealing with IoT protocols is the security aspects. As stated before, this protocol uses UDP to transport information. Consequently, it relies on UDP security aspects to protect the information. As HTTP uses TLS over TCP, CoAP protocol uses Datagram TLS over UDP. DTLS supports RSA, AES and so on. Anyway, we should consider that in some constrained devices some of DTLS cipher suits may not be available. It is important to notice that some cipher suites introduce some complexity and constrained devices may not have resources enough to manage it. 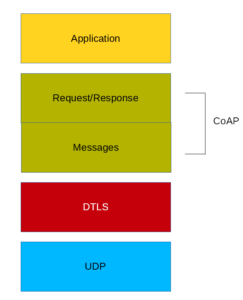 An important aspect to cover is the main differences between CoAP protocol and MQTT. As you may know, MQTT is another protocol widely used in IoT. There are several differences between these two protocols. The first aspect is the different paradigm used. MQTT uses a publisher-subscriber while CoAP uses a request-response paradigm. MQTT uses a central broker to dispatch messages coming from the publisher to the clients. CoAP is essentially a one-to-one protocol very similar to the HTTP protocol.  Moreover, MQT is an event-oriented protocol while CoAP is more suitable for state transfer.

At the end of this tutorial, you have discovered what is the CoAP protocol and it fits in the IoT. It is a widely used protocol in constrained environments. It is very similar to HTTP even if there are some subtle differences.