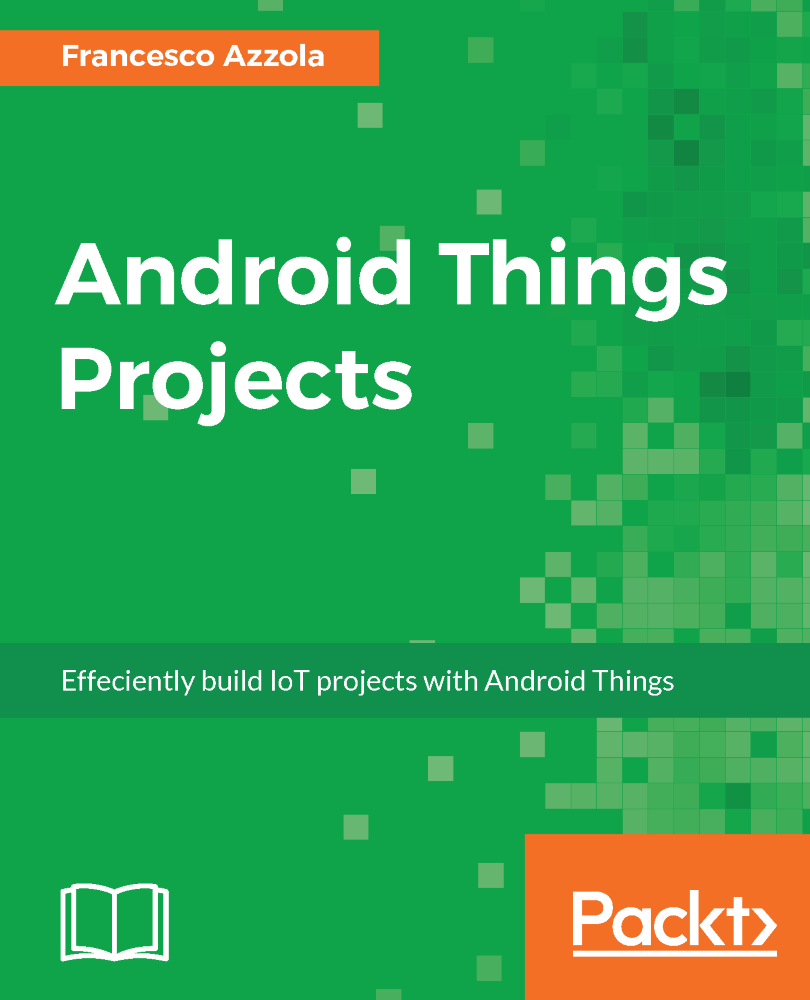 Even if the OS is still in beta, it will be released soon so it is important you get ready and start learning it. You will discover how easy is Android Things once you know Java or better Android. The IoT apps are developed using Java and this simplifies everything.

Getting started with Android Things

Coming back to the book, through this book you will learn all the aspects related to Android Things using real projects. The book starts introducing you to Android Things describing the overall architecture and the layers that build the OS. In the first chapter, you learn how to install the OS using several IoT development boards. After it, the book describes how to install and configure the development environment based on Android Studio.

At the end of the first chapter, you will learn how to develop your first IoT application in Android Things. The app is very simple so that you can get confident with the process of development, building, and installation. This first app will let you control a LED.

Chapter 5 describes how to create an ambient light system. The focus of this chapter is integrating Android Things with Arduino using HTTP protocol. You will build an IoT project where the LEDs connected to Arduino will be controlled by Android Things.

In chapter 7, we will explore how to use servo motors in Android Things and how to control them. In this chapter, we will build a spying cam that you can control using a UI. Moreover, you will learn how to acquire images using a web cam and how to visualize them in the IoT UI. We will build an IoT user interface with several controls that you can use to control remotely your servo and the camera.

Finally, in the last chapter, chapter 8, we will cover an important aspect: how to integrate Android and Android Things. We will develop several Android compani0n apps, that control the IoT app. We will explore several techniques we can use to integrate Android and Android Things like direct communication using Bluetooth, HTTP protocol and so on. At the end, you will develop several Android apps that will exchange data and information with IoT apps.

Let me know your opinions about this book leaving a comment below.